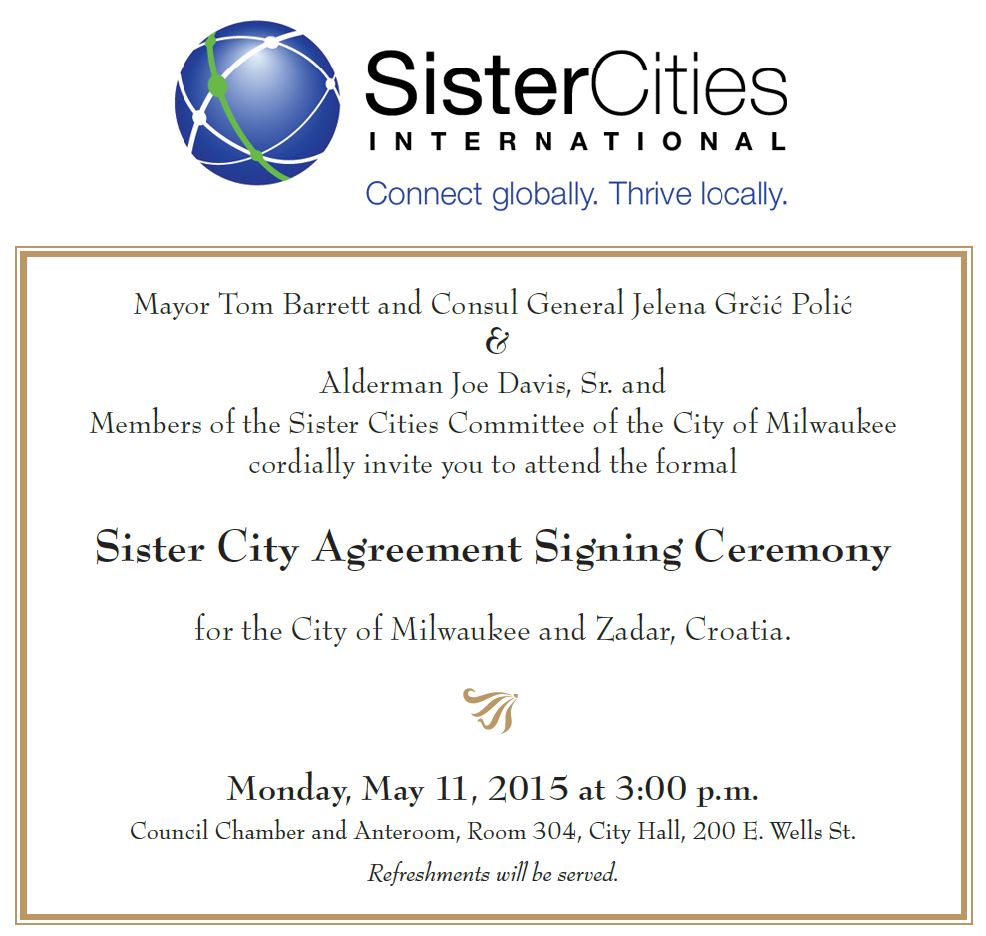 A Sister City agreement between Milwaukee and the City of Zadar, Croatia will be signed during a special ceremony next week in the third floor Council Chamber and Anteroom at City Hall, 200 E. Wells St. The ceremony will take place at 3:00 p.m. on Monday, May 11, 2015 and will feature Milwaukee Mayor Tom Barrett and Dr. Jelena Grčić Polić, Consul General of the Republic of Croatia.

Alderman Joe Davis, Sr., chair of the City of Milwaukee’s Sister Cities Committee, said the Sister Cities International agreement with Zadar, Croatia has been in the works for several months, and has strong local support and interest. “It is clear that this important agreement will most certainly be mutually beneficial for the citizens of Milwaukee and the citizens of Zadar, and I would like to thank Dr. Jelena Grčić Polić for her support and work to help bring the agreement together,” he said.

“I would also like to thank the work of the Sister Cities Committee, the International Institute, and Mr. Paul Lucas of MillerCoors for all the work and effort that has led us to this important agreement of mutual of cooperation in the fields of business, culture, health care, education, tourism and other areas of interest to both cities for their overall progress,” Alderman Davis said.